Heavenly Donut, located right in the middle of downtown Redding on Pine Street, is a favorite donut shop for all the locals and those passing through. They have traditional donuts as well as bear claws, apple turnovers, danish and muffins. Who doesn’t love their pudding filled donuts! Heavenly Donut also serves egg breakfast on bagels or croissants and has a variety of drinks, sodas, coffee and frappucinos.

Roger and Mike had an idea for the new website, it needed to be full of big donut pictures and show how they were made right on the premises. A local photographer took the perfect donut and inside pictures. The site also needed each of the 6 locations to have their own contact info. and google map. We built the site on Squarespace and showed them how to update the pictures, colors, blog, etc. 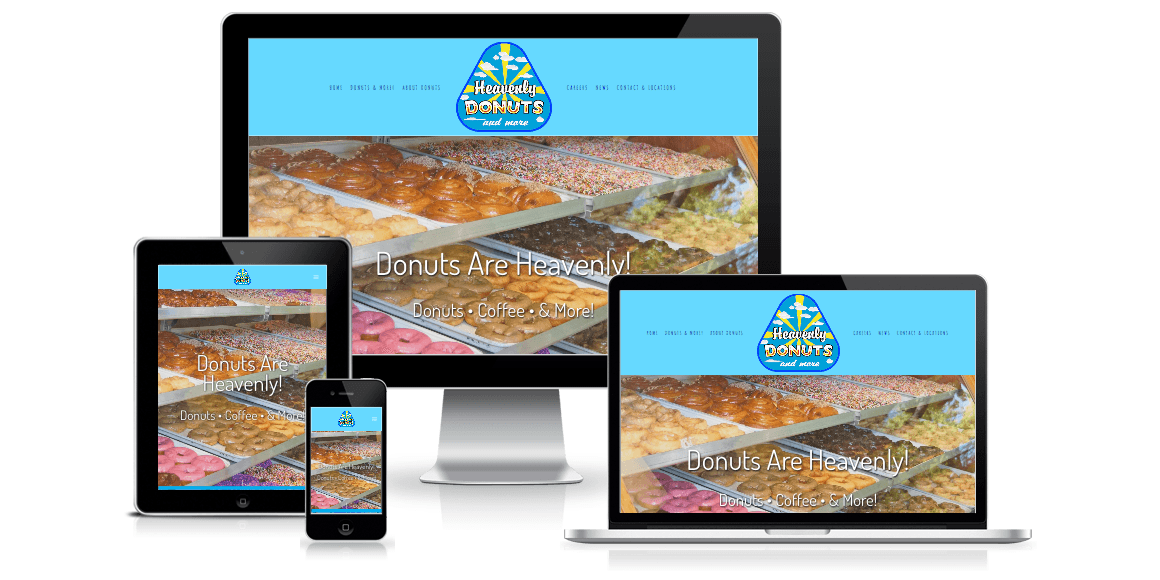 We know each business has unique branding, marketing and website needs. Let’s schedule a time to go over your options!